Tatting from around the World

Posted on February 24, 2018 by The Tatting Whisperer 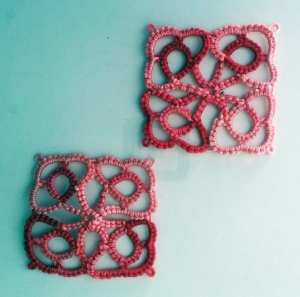 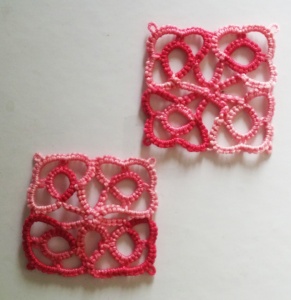 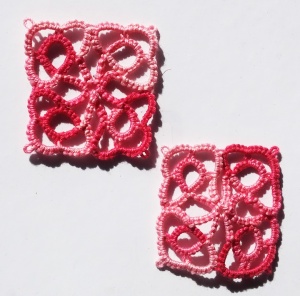 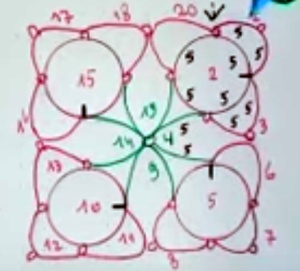 Just completed a Tatted square that is on its way to Brussels, Belgium. It will join many, many, other tatted pieces to be added to a Monument in Brussels.

I only wish that I could attend the Lace Congress in Bruges in August 2018.

If you, as a Tatter, might like to join this effort please follow the instructions given in these Links of Cathy’s message.  I am making this post February 24… they have asked to have send tatted pieces sent by March 1, 2018.

The following message is from Cathy / Canarithy – a Tatting friend from The World of Tatting.  The Info I shared above is listed here.

I entered the world of tatting a few years ago, when Facebook was already a big thing. This is why I didn’t know anything about the historical importance of tatting-blogs’ world until I met Tatty Tally a few weeks ago.

On 15th November, I launched a worldwide action with two goals : promote tatting AND women’s rights, by dressing up a Brussels’ Monument in Pink Tatted lace, just before the lace Congress in Bruges in August 2018, with the help of tatters all around the world.

This action is already a big success on Facebook (I’m member of about 70 different tatting groups) and on some blogs but I really want to involve as many tatters as possible and from as many countries as possible too. This is why I contact you.

You will find below useful links about this action.

It would be an honour if your could join us and let know all the tatters following your blog.

Thanks for your attention, benevolence and answer.

About The Tatting Whisperer

Hi my name is Murray Lincoln. I am now retired and loving the free time to create with my Tatting and Wood Carving, sometimes bringing the two together. I began my journey with Tatting in 1975. While visiting my Great Aunt in a Senior's Home in Des Moines, Iowa, she told me the story of my Great Grandpa that was a Tatter. As well he was a Wood Carver and had carved three Hickory Shuttles for his three daughters. One of these daughters was my Grandma Lincoln. My Grandma Lincoln may have been the greatest Tatter ever - so my Great Aunt told me. Grandma Lincoln Tatted from age 8 years until she passed away in her 80s. Today I am a Tatter, so are my two daughters and also my Granddaughter Emma. six Generations now have carried on this beautiful craft. My Web Site featuring my creations is http://www.murraylincoln.com/
View all posts by The Tatting Whisperer →
This entry was posted in Uncategorized. Bookmark the permalink.